5 Unforgotten Craftsmanships Of The Rich Culture Of India 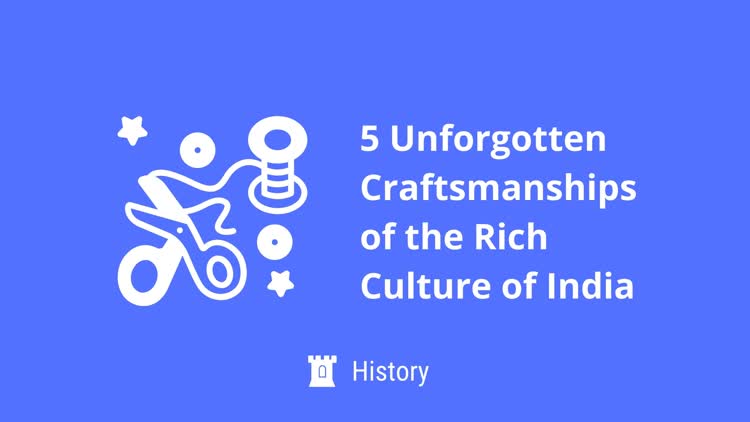 India has a rich influence of many cultures that have traversed this great land over time. We in this article bring you the most unforgettable craftsmanships that India has. This is in hope that more and more people know and appreciate it.

We must remind ourselves that India’s rich cultural heritage has gone through a mesmerizing and adventurous journey. We understand that each one of us has an unquenchable curiosity to know more and more about our country’s rich and illustrious history and culture of India. While many years have passed and our arsenals of craftsmanship and culture only increase, it is also very essential to understand that we must remember to ensure that we always remember the gems embedded in our history.

Keep reading to know about five unforgettable artistic treasures we possess in our beautiful country.

This art form is another example of the evergreen history of India. Gara embroidery is one of the most significant old art forms of India that not only is marvelously beautiful but also a very tedious and difficult art to fathom.  Gara Embroidery is a needlepoint technique that employs a combination of coloured threads which range from design to design. This art form is a very popular craft among the Parsis.

Later this skill was learned by the Chinese embroiders who were very inquisitive about the same. The picked this technique in Surat, India. During those times when the Chinese learned this art form i.e. 1850, Surat was still a part of the territory of Maharastra. Through the waterways and Chinese traders, this exquisite and rare craftsmanship traversed international borders in many different countries where it gained popularity for its extremely intricate patterns and designs.

It is regarded as one of the most spectacular and ancient forms of art. These paintings are 400 years old and are regarded as one of the most widely accepted art forms in India. The term ‘Pichwai’ is a Sanskrit word wherein “Pichh” means back and “Wais” means hanging. So basically a Pichwai painting normally has devotional pictures that are rendered on cloth or paper.

These paintings were traditionally only used in temples but over time they’ve been seen as decoration wall hangings at residential complexes too owing to their exquisite beauty.   This art form was one of the major art forms that prevailed in ancient India and employed various techniques. It was one of the most popular ways to elucidate myths and religious stories. Let us remember that art which depicts gods and goddesses is usually very difficult and required a lot of precision and detail. This is primarily the reason why finding them today is such a task.

What sets each painting apart from the other is the fact that every painting has its own narration. An example of the same is a Pichwai of the depiction of Lord Krishna in the form of Shrinathji with a garland of Lotus flowers. This painting features a Pichwai of Shrinathji where Lotus flowers are intertwined around him. The depiction hints towards the affection Lord Krishna had with lotus flowers. He holds a lotus bud in his right hand while wearing a garland of lotus. The painting also shows his bed was decorated with some exquisite flowers.

These wall hangings were predominately used by the followers of Jainism as a means of beautifying the walls. Wall hanging in ancient times served as an important means of decoration. And Pichwai paintings were among the most loved at the time.

Another cloth that signifies royalty is brocade. India is a diverse country with many different art forms all stemming from various cultures, so while velvet was a popular choice for many royal families, another very popular fabric was Brocade.

Literally the term ‘Brocade’ means an embossed cloth. The technique involves mainly silk embossed with a decorative shuttle-like thread work that looked extremely beautiful. This fabric was so exquisite that the royal families preferred wearing them mainly on special occasions.

The term Zar means gold and dosi means embroidery. Initially, this work was carried out not on cloth but on a wooden framework, making it all the more difficult and rarer. It was extremely popular among the royals of that time and even now. After some years passed and the work gained popularity the work was shifted to velvet clothes for people to wear.

The magnificence of the work is even more lovable on something as exquisite as velvet cloth. During that period, to give the entire art a regal look, artisans rolled the threads by pure silver and gold wires. Even today, Zardosi remains to be one of the most valued gems of Indian art. Zardosi is something that is still associated with royalty for the sole reason that it remains to be a very difficult technique.

Only craftsmen with extreme expertise can render these embroideries let alone on something as smooth as velvet cloth. The term in itself has a royal aura and connotation to the same. This technique involves metal embroidery to be weaved into the cloth as embroidery. This craftsmanship came into existence during the Rig Veda period.

India is the land of enamouring artefacts. With one of the earliest civilisations, our arsenals are full of artefacts that adore our museums and some royal families’ households. Artefacts found in India include wall hanging, hookah base, belts etc.

What sets them apart is the variance the offer due to the fact that our culture extremely diverse and colourful. With that said we must consider ourselves extremely lucky to possess such remnants of history that don’t cease to enchant us even now!

Hope this list of 5 unforgotten craftmanships of India inspire you in some way! Interior design and crafts go hand in hand and if you’re excited about interior design, then Floma has a lot to offer to you! Just look around here and we’re sure you’ll find something to get inspired from! 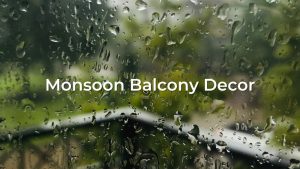 Summers can be difficult for all of us – the world seems dry, hot, food doesn’t taste the same, and the general feeling of irritation 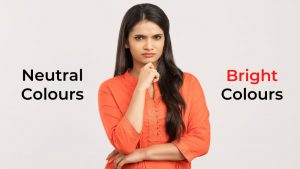 Should I Paint My Indian Home Interior With Neutral Or Bright Colours? 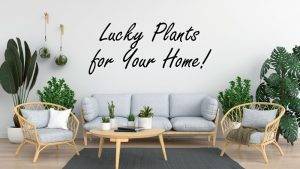 No time is too late to go green and plant some indoor plants in your house or office. Fresh plants add a lovely touch to